Have you ever wondered how food travels from your pet’s mouth all the way…er out? Many owners confuse the stomach with the bowel’s loops and do not realize how diverse and complex the alimentary canal can be in different animals. Read below for more info on the alimentary canal.

Definition of the Alimentary Canal

Simply put, it’s the passageway your pet’s food travels after being eaten. It goes through a series of body parts and organs where the nutrients and minerals are absorbed. Everything not absorbed (waste product) exits out the anus.

What is the Function of the Alimentary Canal?

If you are wondering what the alimentary canal’s function is, think of why your pet eats. For nourishment, right? So its primary function is to nourish and support the body.

However, the function of the alimentary canal can be broken down into three categories. Digestion, absorption, and elimination. So it’s there to get food into your pet’s body via the mouth, absorb the good parts, and eliminate the waste or unnecessary elements.

As stated above, the alimentary canal is the passageway from mouth to anus. But, there are many stops along the way. Below is a list of all of the stops your pet’s food makes before leaving the body as a waste product.

First up is the mouth. This one is pretty obvious. It’s where food enters our pet’s body and is broken down through the muscles of  (chewing) associated organs like the teeth, tongue, and salivary glands.

Birds cannot chew their food, so they have what is called a gizzard. Its primary function is to grind food. Earthworms, gastropods, alligators, crocodiles, and some fish also have gizzards.

The esophagus is the tube that brings your pet’s food from the mouth into the stomach. It works through your pet swallowing. This is when muscles contract and propel the food downward into the stomach.

Your pet’s food then ends up in the stomach, further broken down by stomach gastric juices. Its principal function is to aid in digestion.

It is commonly heard that ruminants (cattle, sheep, goats, giraffes, deer, buffalo, and elk) have four stomachs. But, they genuinely have one stomach with four compartments in it. Below we will discuss each compartment and its function.

The rumen is where fermentation (the chemical breakdown of a substance by microorganisms such as bacteria or yeast) occurs. Plant material enters the rumen via the esophagus and is then exposed to bacteria so it can be broken down.

This now smaller, softer piece of food is sent back up into the cow’s mouth to be chewed again. Do you ever wonder why cows look like they’re chewing gum? It’s because of this process, which is known as “chewing their cud.”

The reticulum is also known as the “honeycomb” for its appearance. Food that isn’t soft enough or sent back up into the cow’s mouth remains in the reticulum. Many foreign bodies end up here, such as rocks, nails, or other things ruminants may come across while grazing.

After the ruminant “chews their cud,” the cud is swallowed and goes into the omasum, draining its moisture.

The food then enters the abomasum, which is known as the true stomach. This is because it is most similar to the belly of a monogastric (single-chambered stomach) animal. Here the food is further churned with stomach enzymes to be broken down.

The small intestine is where most of absorption and digestion takes place in our pets. Here is where your pet’s body will get its minerals and nutrients that are then absorbed by the bloodstream.

The pancreas makes hormones and enzymes that aid in digestion. The enzymes break down fat, starches, and sugars. While the hormones send signals to the brain to admit stomach acid to be produced or stopped.

The large intestine is there to absorb the remaining water and then move the waste products out of your pet’s body.

The rectum stores the wastes products (stool/feces) until it is ready to be released.

The anus is the exit point, where the stool is released—in other words pooping.

Now that we have a basic understanding of the organs that partake in the alimentary canal, let’s discuss its layers.

The mucosa is the innermost layer of the alimentary canal where absorption and secretion take place.

Next is the highly vascular submucosa (going outward). The mucosa receives its components from the submucosa.

The muscularis is responsible for contractions and peristaltic movements that move your pets’ food through the digestive tract.

The serosa is responsible for the secretion of serous fluid, which lubricants muscle movements. It also acts as a barrier that protects the abdominal cavity from the rest of the body and its organs.

Which Animals Have an Alimentary Canal?

As noted, most animals have an alimentary canal or some form of the digestive system. However, they vary in how they digest, absorb, and eliminate their food.

Vertebrates that have monogastric systems are the dog, cat, and human. It consists of a mouth, esophagus, stomach, small intestine, rectum, and anus.

Rabbits also have a monogastric system, but their small intestine and cecum (proximal part of the large intestine that aids in cellulose digestion) are enlarged. This is to help in aid of digesting plant material and allows for better absorption.

Rabbits also digest their food twice like ruminants. However, the first time their food passes through their digestive system, it stores in the cecum. It then is eliminated as feces and ingested to be further broken down in a process called cecotrophy.

Horses are other herbivores that also have a unique alimentary canal in the way it performs. It consists of a mouth, stomach, small intestine, and hindgut. The hindgut consists of the cecum, large and small colon, and rectum.

Since horses spend a significant amount of time grazing hay, the hindgut allows fermentation to break down the carbohydrates into volatile fatty acids (VFA), which serve as an energy source for horses. It also aids in the reabsorption of water.

The Long and the Short of it

When exploring an animal’s digestive system, you can see why it’s essential to feed them the proper food. If they do not receive the proper nutrition required by their lifestyle, it can seriously hurt them.

Also, educating yourself on the specifics of why animals do certain things can help keep them healthy. For example, rabbits should not have their cecotropes cleaned up because they need to digest them further.

Knowing what goes in (and out) of your pet’s body is crucial, as well as the destinations it makes along the way. 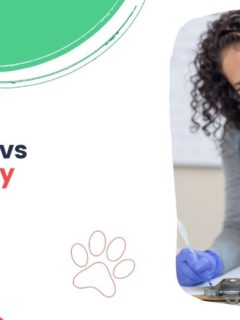 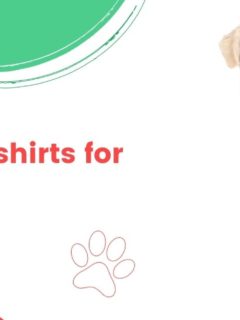 Next
10 Best Thundershirts for Dogs
Comments are closed.