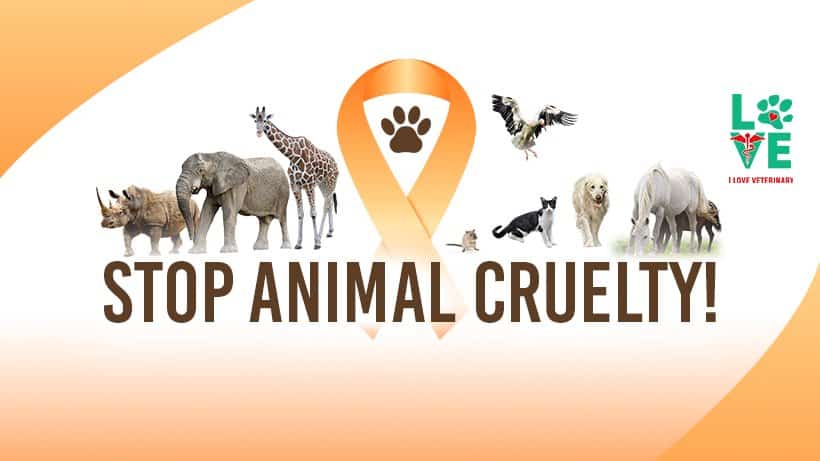 The ASPCA is celebrating April as the month for prevention of cruelty to animals, and even though they are working all-year-round on this crucial matter, they dedicate this month to raising more awareness.

Contents hide
1 There are many different forms of animal abuse that all of us should know:
1.1 NEGLECT
1.2 INDUSTRIAL ANIMAL FARMING
1.3 CIRCUSES
1.4 BULLFIGHTING
1.5 DOGFIGHTING
1.6 PUPPY MILLS
1.7 ANIMAL HOARDING
2 How to be part of the fight against animal cruelty?

Animal cruelty or animal neglect/abuse can be defined as the infliction of suffering and/or pain to animals on purpose by humans. This is regardless of whether the abuse is against the law or not.

Inflicting pain and suffering on animals can also be defined as zoosadism.

Punishment for animal cruelty differs around the world. Some parts of the world have laws against certain types of animal abuse when at the same time in another country the same law does not exist.

The history of the definition of animal cruelty dates from Leonardo Da Vinci and Darwin. Da Vinci believed that birds should never be kept in cages and that they should always be able to spread their wings and fly free.

On the other hand, Rene Descartes believed that all non-human animals were automata, hence without a soul because they are not humans.

There were many different and divided opinions throughout history on the purpose of animals, their pain threshold and ability to feel emotions.

There are many different forms of animal abuse that all of us should know: 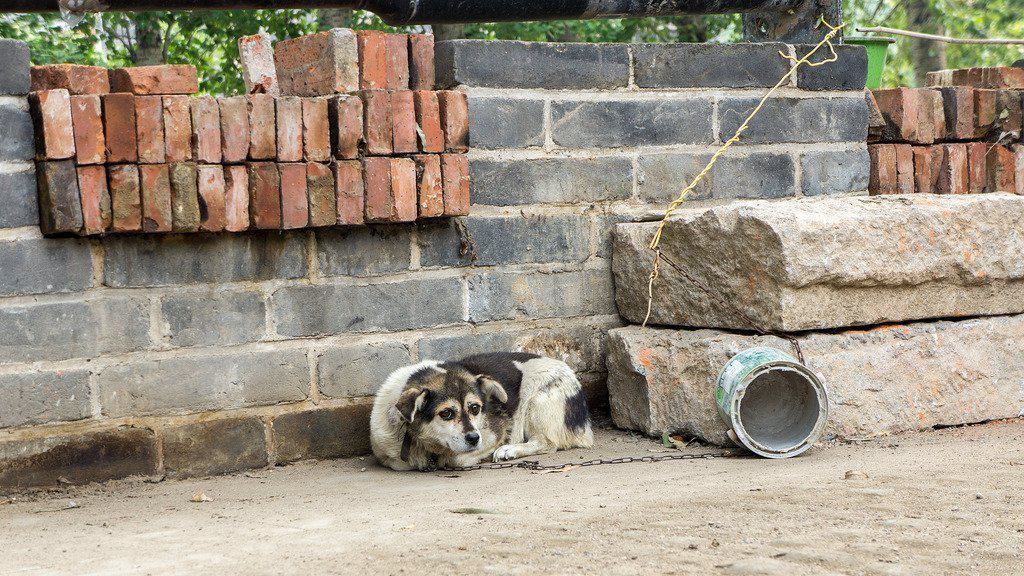 Animal cruelty can be categorized as active and passive, and neglect falls under the passive abuse category. These cases of cruelty show more the inability or lack of action to prevent the suffering of the animal, rather than the direct infliction of pain. Examples of neglect are dehydration; malnutrition; infestation with parasites (external and internal); inadequate shelter (in extreme winter and summer conditions); chaining a dog to a tree more than few hours and allowing the collar to grow into its skin; and of course, the failure to seek veterinary care when necessary. 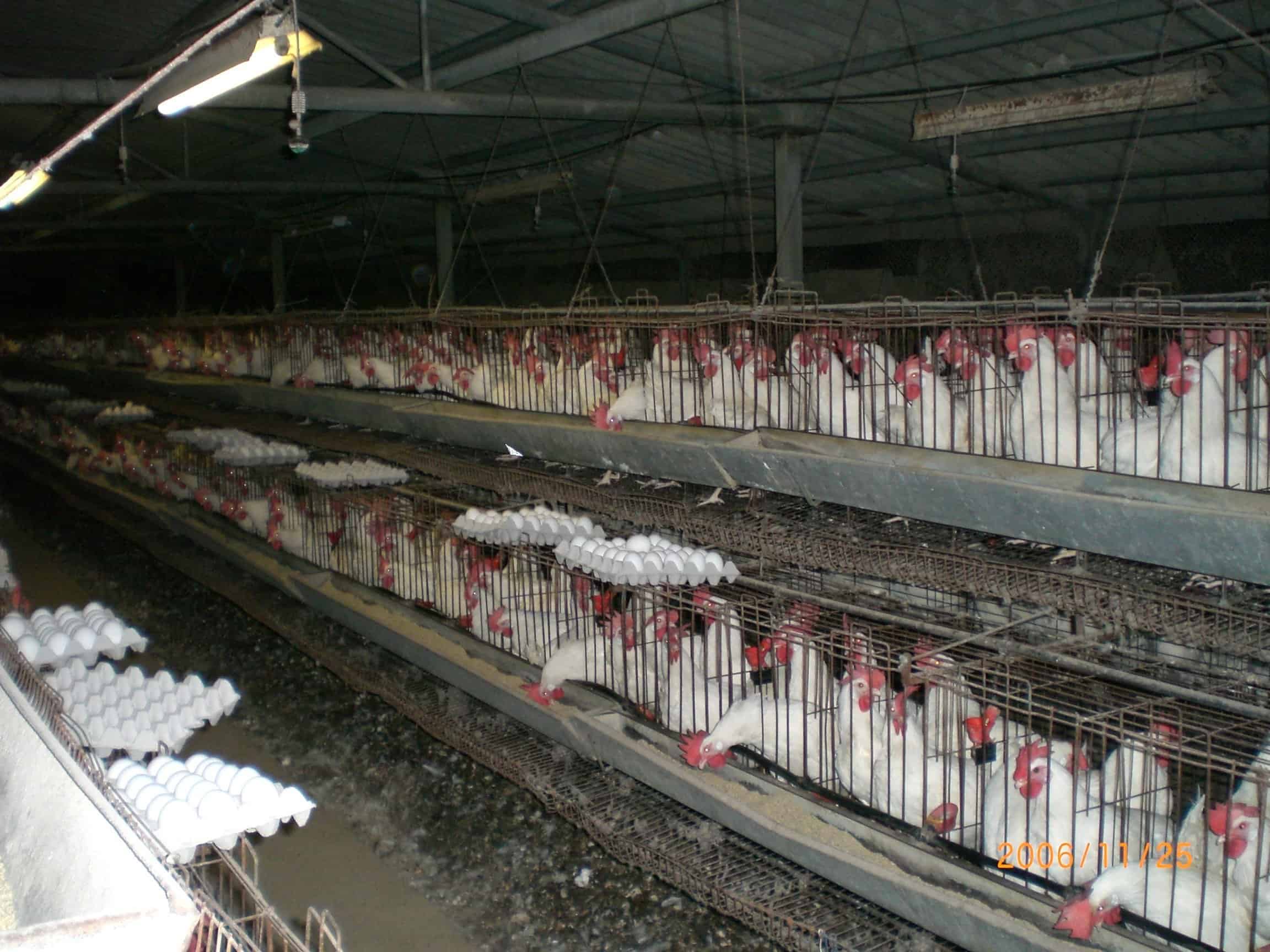 Extensive animal farming has always been on the border of animal cruelty and many people argued if there is a way to make the farming humane. These animals are always kept in high densities and nobody can never account for the physical pain and mental suffering of an individual chicken, pig or a cow.

In the industrial egg production, chick culling is a controversial subject and is considered unnecessary animal cruelty. Chick culling is the process of killing the newly hatched male chick because the industry has no use for them. The culling is done either by cervical dislocation, asphyxiation by carbon dioxide, or by maceration in high-speed grinders.

Many cases of animal abuse are directly associated with the relationships the workers on the farms have with the animals, and the everyday physical abuse they inflict.

There are many farm practices that cause pain and suffering to the animals, but it is arguable if they are considered animal cruelty. These procedures include: branding, castration, dehorning, ear tagging, nose ringing, tail docking, teeth cutting, beak trimming, devocalization, wing clipping, and chaining. 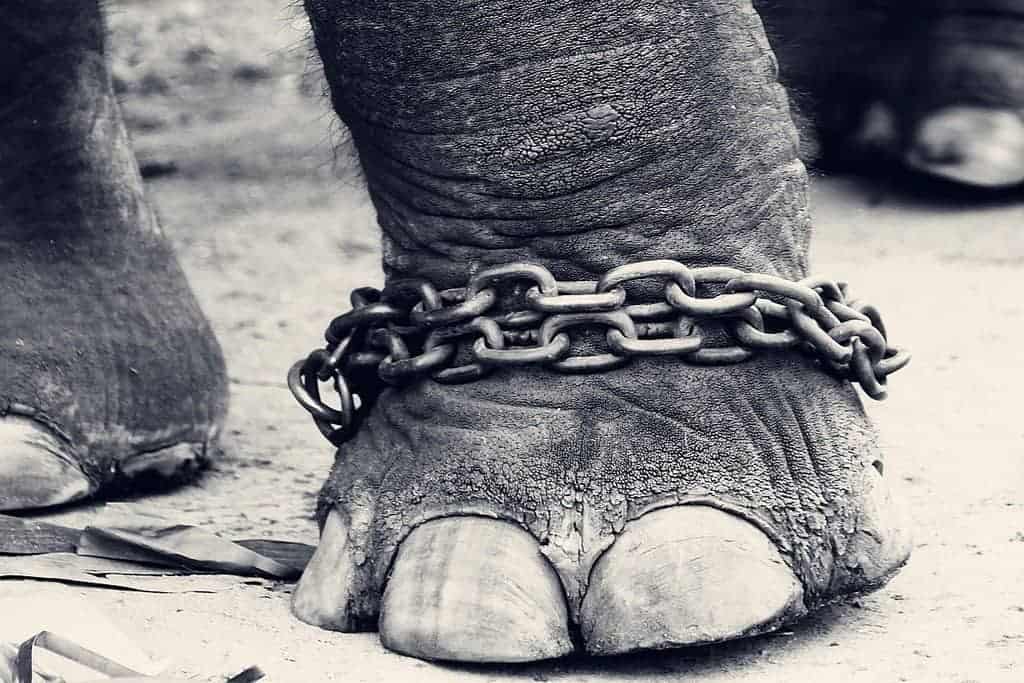 The use of animals, wild or domestic, for the circus entertainment has been considered animal cruelty, and because of that, circuses in many countries in the world are banned. The type of abuse that occurs there can be explained as very small living spaces, lack of necessary veterinary care, and abusive training methods. There are some circuses in the world that offer animal-free acts. 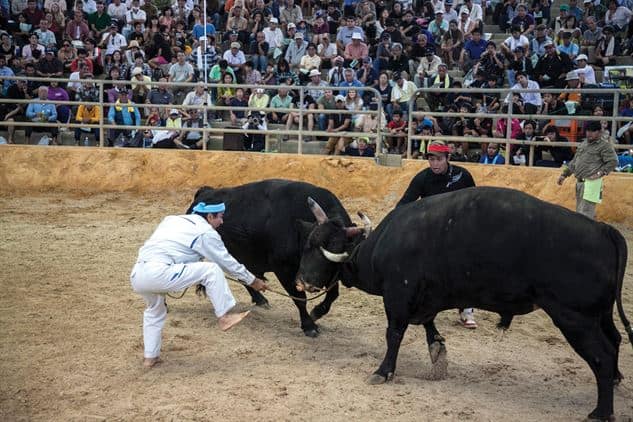 Bullfighting has been widely criticized as a bloody and unnecessary sport that inflict enormous amounts of pain to the animals, and a slow, torturous death. 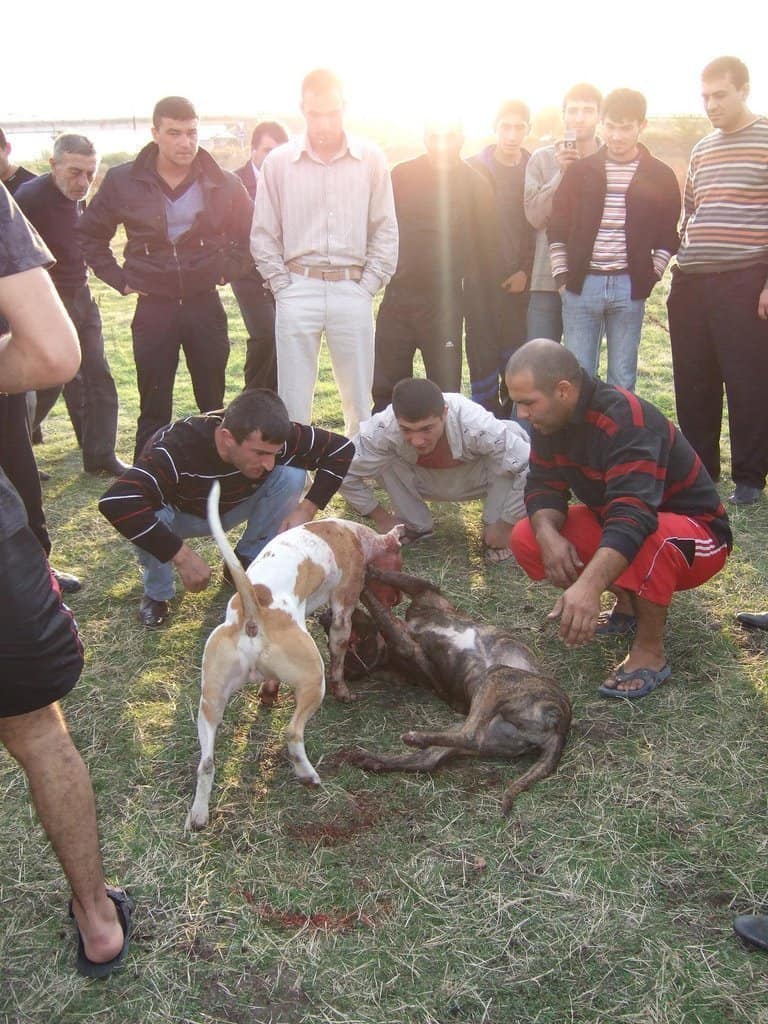 Dogfighting is another “sport” where animals, in this case, dogs are forced to fight to death for the profit and entertainment of humans. The dogs that are used for fighting are almost always raised in isolation, in small confined places, chained and fed with anabolic steroids so they can gain muscle mass. These dogs have their tails docked and ears cropped for the fighting. This is done to minimize the areas where the other dog can grab them during the fights. Because dog fighting is illegal everywhere, and the owners cannot take the dogs for ear cropping and tail docking at the veterinarian to be done properly, they do it by themselves without anesthesia and with inhumane techniques.

Only the winner dog gets medical care. The loser, even if it’s alive, usually gets killed by the owner. 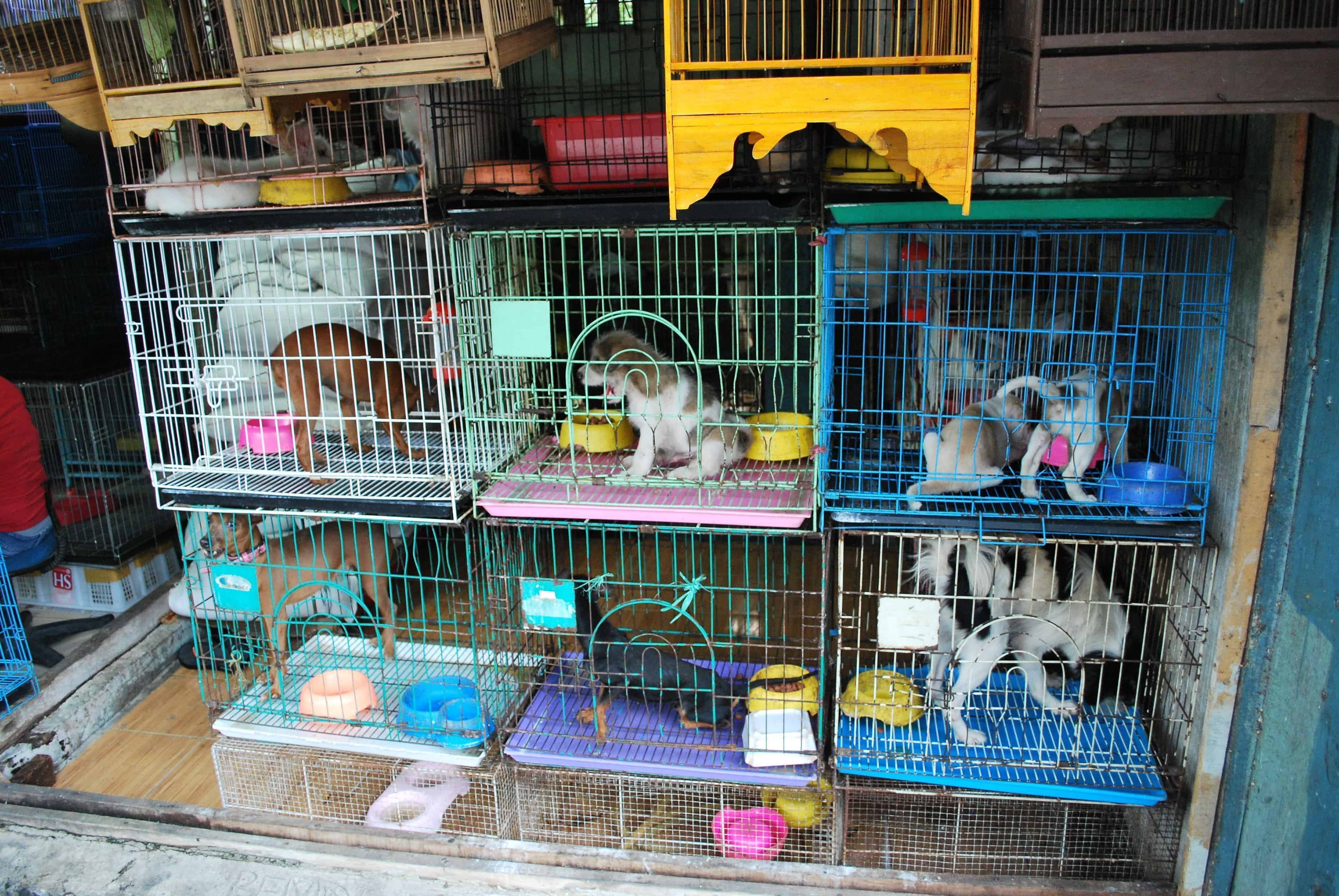 Puppy mills are facilities where dogs are bred to the extent where the profit is more important than the welfare of the dogs and their genetic diversity. Puppies from puppy mills are very often with low-quality genes and almost always with congenital diseases.

These facilities keep their dogs in overcrowded and unsanitary conditions, usually in cages, sometimes cages stacked in columns. The puppies are always sold at a very young age, 8 weeks or less, to pet shops, over the internet or through newspaper ads. You can never go to the breeder and buy the puppy there. The dogs kept in puppy mills lack the adequate veterinary care, food, water, and proper socialization. 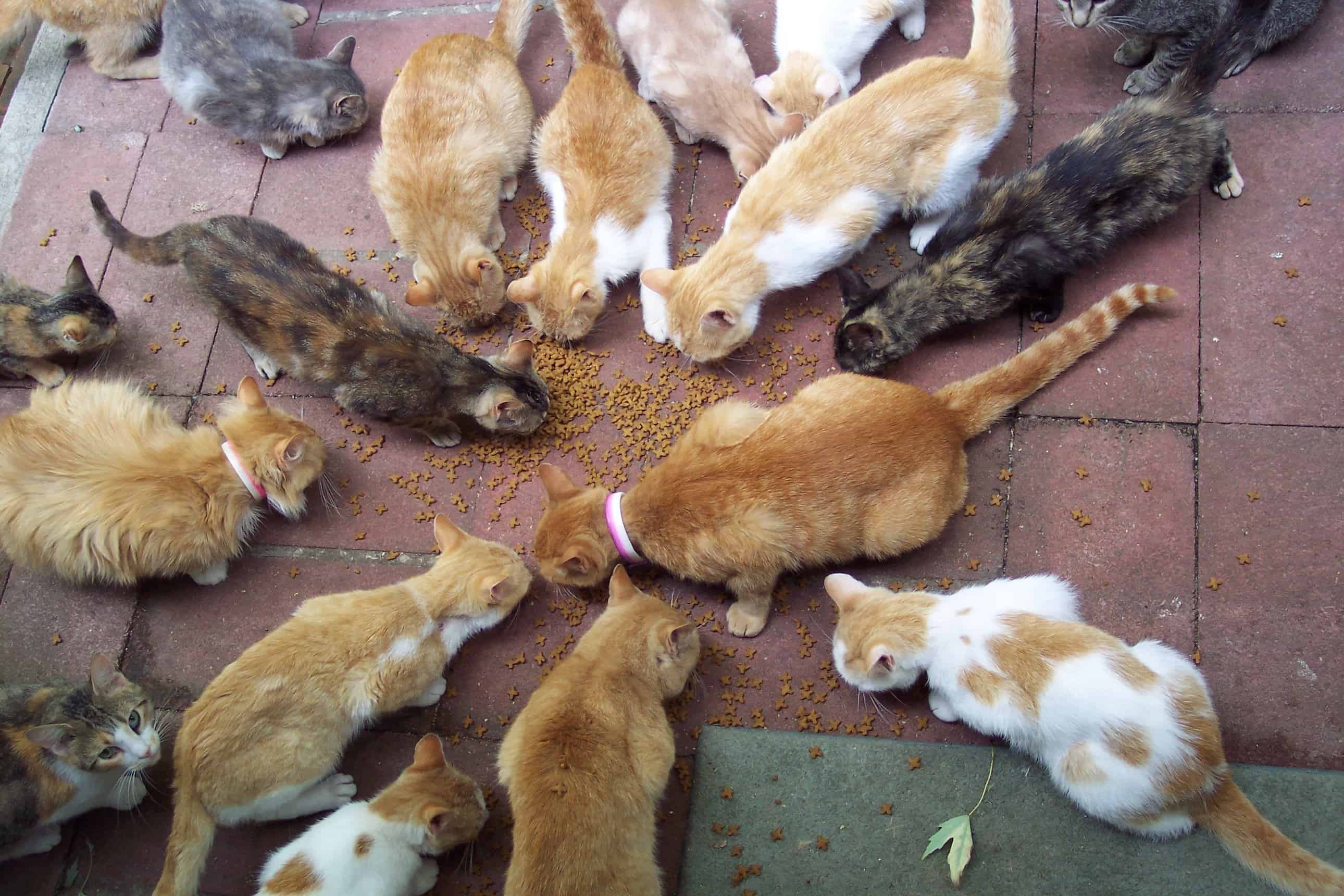 Animal hoarding is a complex issue and is defined as when a person is keeping more animals than he/she can adequately take care for. Because of the inability to provide adequate care, nutrition, veterinary care and socialization, this type of animal keeping is considered as abuse. Usually, these people are not aware that they are hurting the animals, and actually, they believe that they are helping them.

How to be part of the fight against animal cruelty? 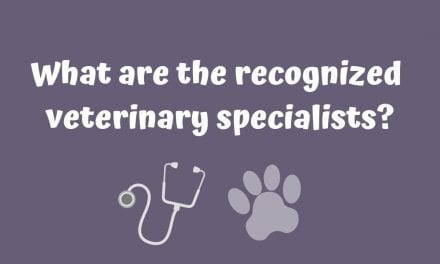 What are the recognized veterinary specialists? 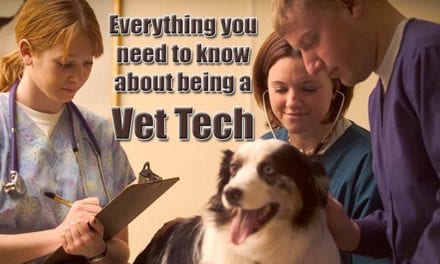 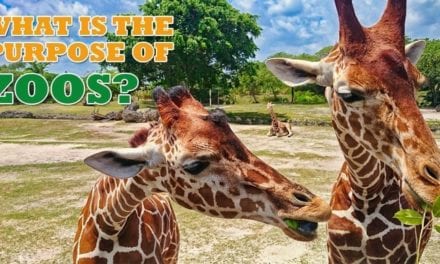 What is The Purpose of Zoos? 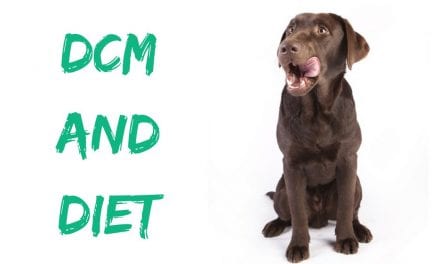