Puca was living the life. She’d never looked or felt better—maybe it was the long, daily runs along the nearby reservoir, her glossy chestnut hair streaming behind her in the wind; or maybe it was that the family baby was finally big enough to play with. In any case, Puca was finally entering her stride at around.

Then, seemingly from one day to the next, she became listless, lost weight, and bright red blood began appearing in her stool. She stopped playing, was constantly throwing up or had diarrhea, and seemed like a completely different dog. Her pet parent, Carol Kaye, was at her wit’s end. They’d become frequent visitors at their vet, tried different diets and medications, but nothing was working.

After too many tests to count, none of which provided conclusive results, their vet finally diagnosed Puca with Inflammatory Bowel Disease (IBD). The symptoms all fit. IBD meant that Puca’s digestive tract was constantly inflamed, making it impossible for her to digest food without getting sick. Though the exact cause of IBD is unknown, there are several theories. The most commonly espoused holds that it’s brought on by a hypersensitive reaction to antigens—such as food, bacteria, mucus, or others—in the interior of the intestine or mucosa. The problem is further complicated by the fact that there are several types of hypersensitivity involved. And there’s no real cure, but rather treatment plans.

The first thing to change was Puca’s diet. Kaye was shocked. All of Puca’s life, she’d been fed what Kaye thought was the best food—a grain-free kibble with meat as its first ingredient. A huge part of an integrated treatment plan for IBD includes looking carefully at food labels and learning how to read them. It turns out, most veterinarians recommend that dogs suffering from IBD eat diets that follow the three following rules:

This last recommendation comes with a caveat, however. Grain-free dog foods have been in the news a lot lately, thanks to an FDA report linking certain dog food brands to the development of dilated cardiomyopathy (DCM). While the report does not present conclusive evidence yet, there have been enough cases (515 in dogs), that we recommend avoiding the listed brands. After all, your dog is already suffering from IBD—let’s not add any extra stressors.

Aside from the new dietary guidelines you’ll have to follow for your pup, (with close consultation with your vet, of course), there are a few other things you might have to do as part of an IBD treatment plan. Some cases might require that your doctor prescribe an immunosuppressant such as cyclosporine, or azathioprine for suppressing lymphocytes (white blood cells). Other drugs may include antacids, anti-nausea medications, and steroids to protect the dog’s intestinal lining.

Lastly, there has been some progress in other, more aggressive methods, such as gene therapy or transfusions. This may still be in the future, however, as there haven’t yet been any widespread studies to determine their effectiveness. And there’s always the natural, holistic option, which can include probiotics, digestive enzymes, and homeopathic remedies…but these haven’t been proven to help, either. In any case, as a pet parent of a dog with IBD, you’ve got a long road ahead of you, but with the proper treatment plan, your canine friend can live a full, happy life. 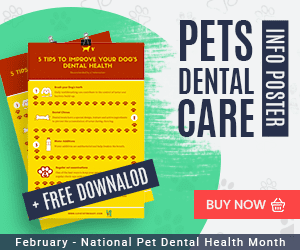