What is glaucoma in dogs?

Glaucoma is a very painful condition where the intraocular pressure of the eye elevates beyond what is compatible. This often leads to irreversible vision loss from cell death to the optic nerve and retina. There are two types of glaucoma; primary and secondary. Primary glaucoma is associated with anatomic malformation. Certain breeds are predisposed to primary glaucoma. It is also rarely found in other species.

In some cases, it is bilateral (attacking both eyes) but rarely simultaneous. Secondary glaucoma, on the other hand, is mostly unilateral (attacking one eye) and is often caused by trauma or obstruction from abnormal drainage. Obstruction can be caused by inflammation or neoplasia (cancer). In order to decide the course of treatment, the type of glaucoma must be identified. 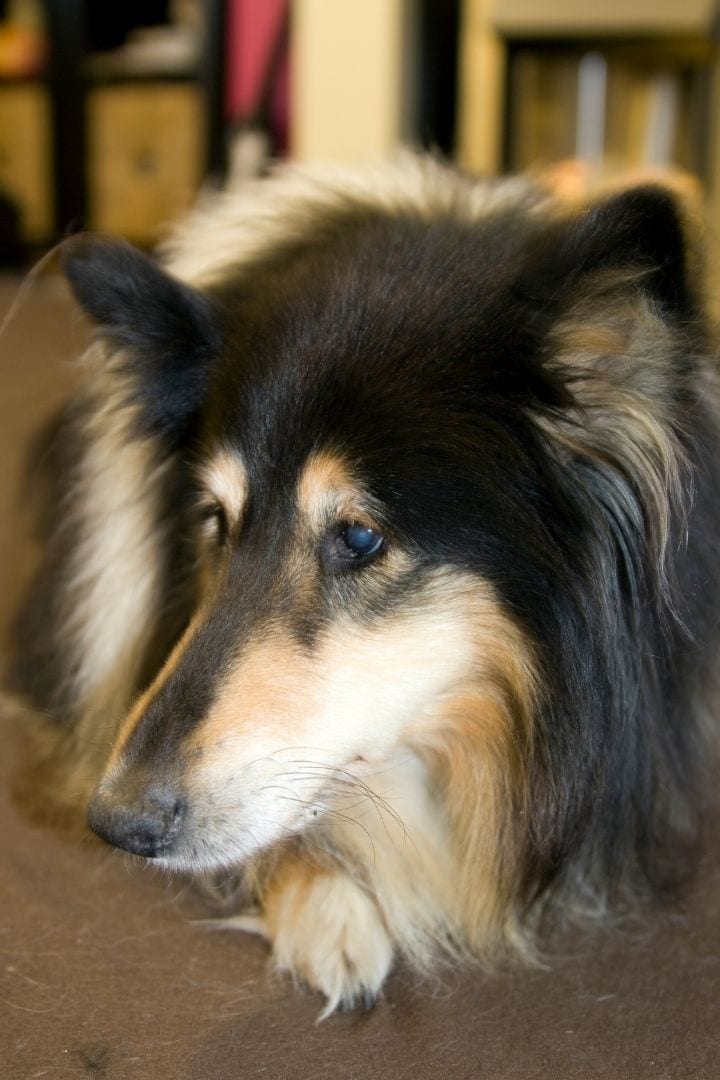 What is intraocular pressure, and how is it maintained?

What causes glaucoma in dogs?

Glaucoma, as stated before, is classified as either primary or secondary. Primary glaucoma is associated with an anatomic malformation to the drainage angle of the eye. This malformation predisposes the eye to glaucoma. Primary glaucoma may be congenital and is more common in certain breeds. There are three types of angle malfunctions. They are:

In open angle glaucoma, the eye angle where the drainage occurs gets clogged, resulting in an increase in intraocular pressure.

Narrow/closed-angle glaucoma is when fluid builds up behind the iris, also increasing intraocular pressure. Mesodermal goniodysgenesis is a condition where the anterior chamber of the eye is not developed all the way, causing drainage issues.

Secondary glaucoma usually occurs by an obstruction of the standard drainage apparatus. This can be caused by trauma, neoplasia (cancer), anterior lens luxation, and uveitis. Breed disposition is not a factor when it comes to secondary glaucoma. 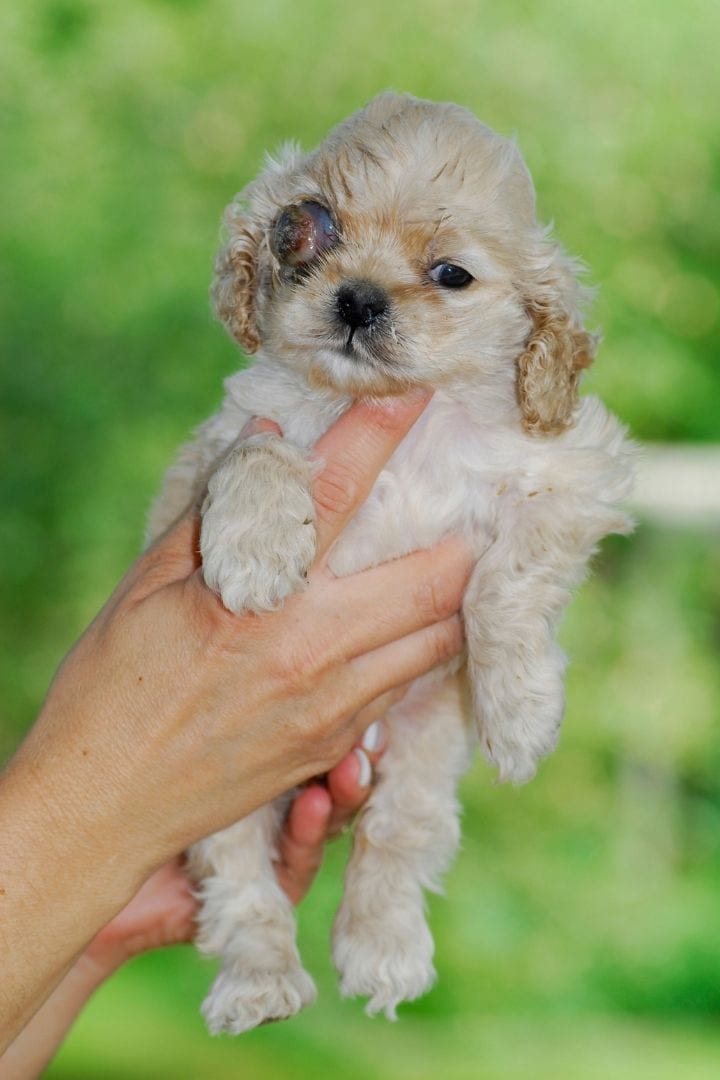 What are the clinical signs of Glaucoma?

Many ophthalmic diseases present similar clinical signs, especially in an owner’s eyes (pun intended). By exploring the clinical signs and testing, we can properly diagnose what is going on with the eye.

Then we can hopefully treat it well enough to avoid blindness and most certainly increase the quality of life. The classic clinical signs of glaucoma are further broken down into acute or chronic issues. 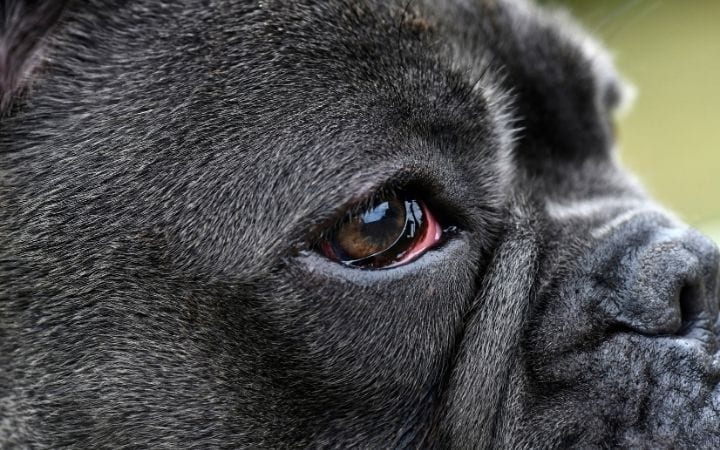 How is Glaucoma in dogs diagnosed?

As far as testing goes, there are two types of tests run to diagnose glaucoma, namely:

Treatment of Glaucoma in dogs

There are a few medications that can help treat glaucoma. Medical maintenance therapy can sometimes deter the effects of glaucoma, but surgical treatment may be necessary in the end. 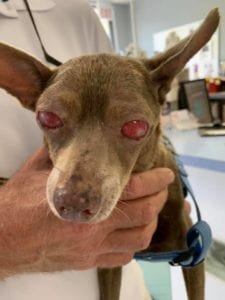 From Arielle Arnback: “Possibly the worst case of glaucoma I’ve seen. Pt is diabetic and had been in previously with no signs of eye issues. Owner had been calling to give updates on sugar levels and demanded a prescription for human insulin because “vetsulin was too expensive” while on the phone she mentioned that his eyes seemed “a little red” I told her to bring him in so we could take a look and give some medication if needed. She brought the dog in 3 days later like this. I told her that this was serious and he needed medical attention immediately. She said it wasn’t that bad. I also mentioned that it should be treated soon because it’s probably painful, she disagreed. Defeated, I gave her the optometrist number. Luckily for Coco she made an appt and both eyes were removed.”

In an emergency, Latanoprost is a topical drop that can help decrease intraocular pressure. Hyperosmotics such as mannitol or glycerin can also help by reducing the intraocular pressure, by dehydrating the vitreous. These medications should be avoided in patients with cardiovascular or renal disease.

For non-emergent cases, there are a few medications used in the treatment of glaucoma. Combinations of medications that help control pain, as well as decrease fluid production and increase drainage, are often prescribed. These medications include:

Medications do not always control glaucoma. In these cases, surgical intervention must happen. Cyclocryotherapy, cyclophotocoagulation, shunts, and in worst cases, enucleation (removal of the eye.) Cyclotherapy involves using nitrous oxide to reduce fluid production, and Cyclophotocoagulation uses a laser to reduce fluid production. A shunt is an implant put into the eye that allows the fluid to pass through a tube in the space where it otherwise was obstructed. 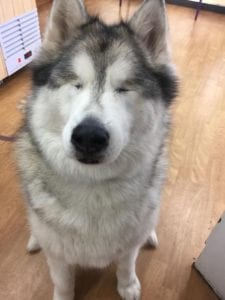 via The Bloomin Vet
“I hadn’t caught up with this amazing dog for a few years until Saturday morning. This is Stevie a 9 yr old Malamute X. Stevie is one of the happiest dogs I’ve had the pleasure of knowing. I vaccinated her as a 10 week old puppy. Always so happy to be at the clinic, to be poked and prodded and be treated. She has had lots of poking and prodding. She has no eyes now. We removed one is 2015 and the other in 2016. She had developed glaucoma that despite our and specialist treatment became blind. She experienced very painful useless eyes until we removed her pain and she hasn’t “looked” back.
She navigates around the yard and house at home from memory and feel and hearing. She loves going on long walks taking in the sounds and smells and is so happy😍. Note that it was a big decision to remove the first and second eye but as they were painful and not functional that helped. And the fact she had been becoming blind and was handling it very well. Many but not all patients who become profoundly blind cope this well and each case must be considered on the own merit. “

Are certain breeds more likely to get glaucoma?

Breed predisposition is associated with primary glaucoma. These breeds include but are not limited to:

These breeds are usually born with an anatomical issue that prevents the eye from draining properly, leading to increased intraocular pressure, thus leading to glaucoma.

Glaucoma vs. Cataracts (what is the difference?)

Glaucoma and cataracts often present, similar to an owner. The eye looks cloudy; vision is compromised, your dog is rubbing their face, squinting from pain, and has changes to their pupil.

The main difference is Glaucoma occurs from improper drainage, and cataracts are cloudiness within the lens of the eye. It’s essential to take your dog to your veterinarian to differentiate between the two. This is to ensure the best outcome for your dog’s vision and comfortability. The treatment will be different depending on what ophthalmic condition your dog has. It’s important to note that untreated cataracts can result in glaucoma. 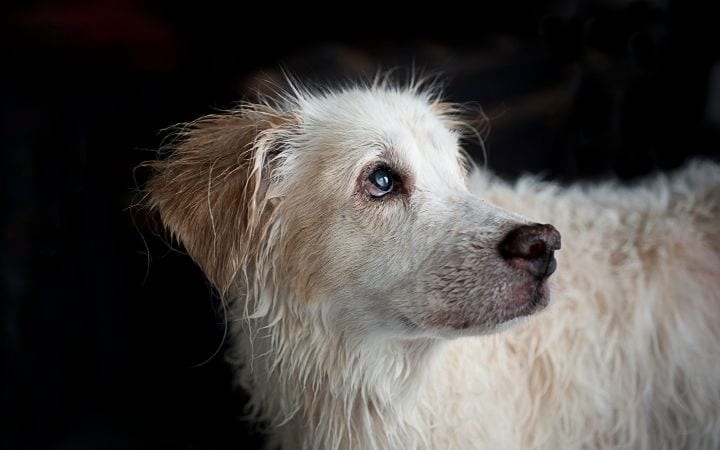 When it comes to your dog’s eyes, always treat it as an emergency. Many conditions mimic each other, and early intervention is vital in saving vision. Glaucoma is an excruciating condition and can lead to many unwanted clinical signs.

It is important to have testing done to stop the progression of any disease. Of course, saving your dog’s vision is the primary goal, but keeping your dog comfortable is often more obtainable.

Staying on top of your dog’s veterinarian appointments and your dog’s optic issues are critical. With your veterinarian’s help and owner compliance, your dog can still live a prolonged pain-free life regardless of vision. 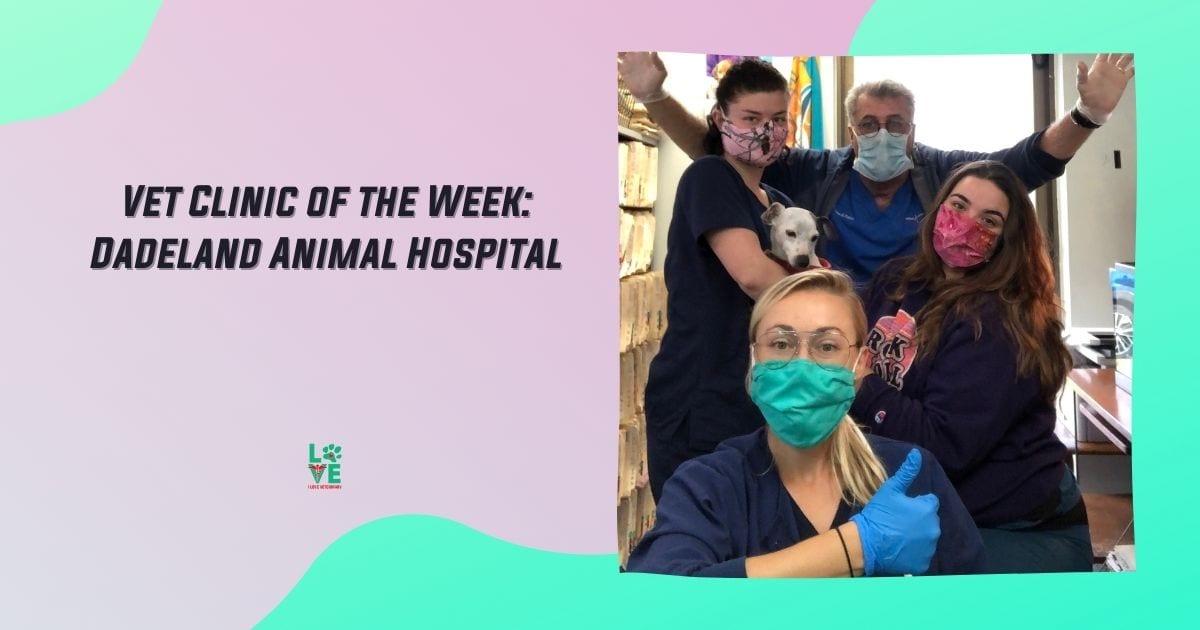 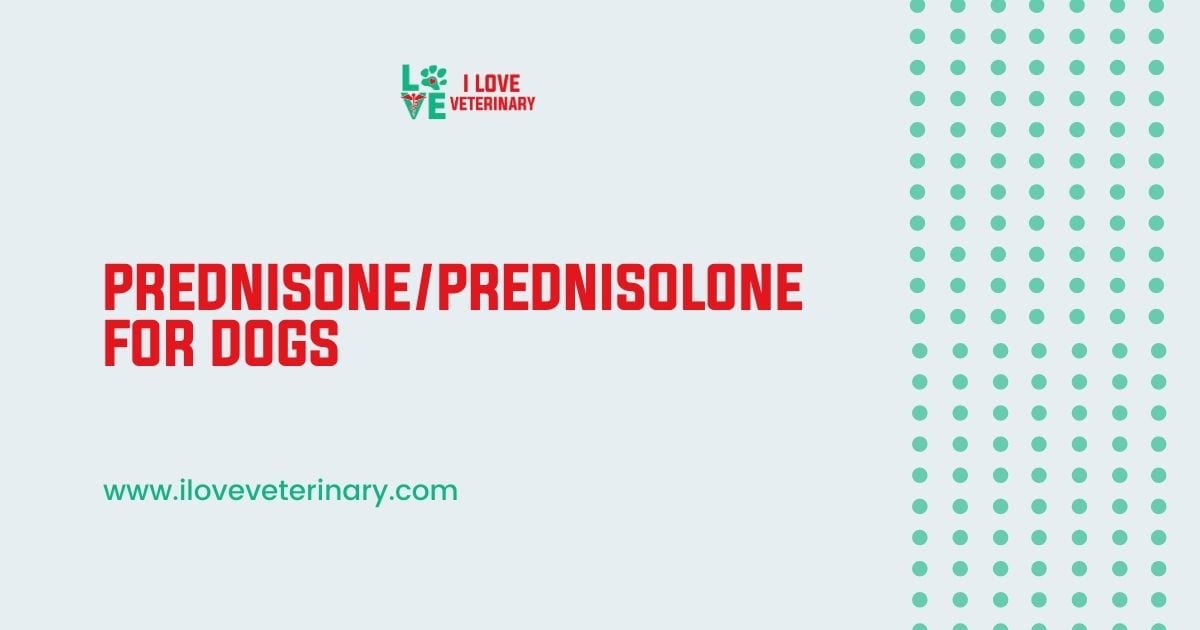 Next
Prednisone/Prednisolone for Dogs
Comments are closed.