Feline Calicivirus – All You Need to Know About It

Have you ever seen a cat sneezing? Most people would consider it cute. But, it’s important to be aware that it can be a symptom of a serious upper respiratory infection. One of the most common of those in cats is Feline Calicivirus Infection. But what are the symptoms, how is it treated and how is it prevented? Take a read below!

How does Calicivirus Spread?

One of the most important things to know about Calicivirus is that it is very contagious. The virus is shed by infected cats in saliva and oculonasal discharge. Or during acute disease, by all types of body fluids.

Droplets from a sneeze from a cat can spread more than 4 feet. Luckily though, studies show that true aerosol transmission between cats is unlikely. This is because cats are unable to generate the tidal volume needed for effective aerosol infection. The infection is instead very likely to happen when there’s direct contact between two cats. Fomite transmission is another very common means of spread for Calicivirus. This means that if your cat is near an infected cat, it is quite likely to catch the Calicivirus infection as well. 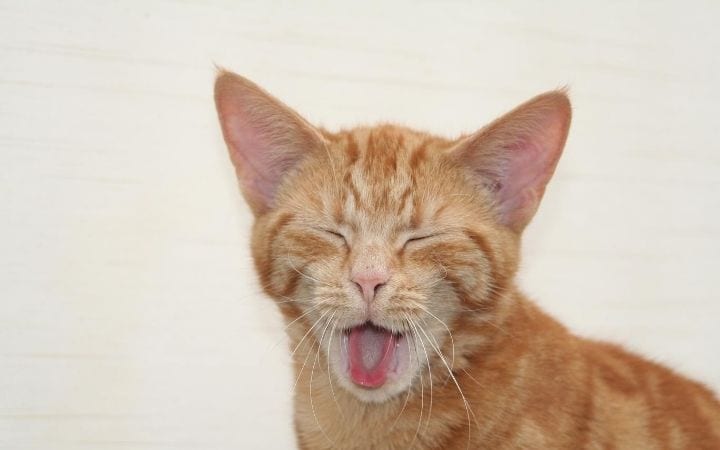 Another issue with Calicivirus is also that it can at times be asymptomatic. Meaning that despite infection, cats show no symptoms. As well as cleared cats. Meaning cats that have been sick and have since recovered,  can also be shedding Calicivirus, up till 75 days after recovery. The risk of infecting others is minor. As fewer body fluids are coming from the cat, but albeit the risk is still there.

So, what does this all mean for infection risk? It means you should always be aware of the risk of your cat catching Calicivirus. Especially if you have a dense cat population in your area. But the good news is also that studies show that the real risk is less than what it would appear. The virus appears to be too unstable to ever become truly endemic to the US as well as any other region. It is still something to keep an eye out for though – and knowing the symptoms is important!

What Are the Clinical Signs of a Calicivirus Infection?

Once a cat gets exposed there will be an incubation period. Meaning the period where there are no symptoms yet. This will last from 2-6 days before the cat develops clinical symptoms. Hereafter, symptoms will start to appear, often from day 14-21.

So, what are the clinical signs and symptoms of a Calicivirus infection? There’s quite a few to look out for, but here are a few of the most common ones.

A Calicivirus infection most often causes upper respiratory symptoms. Typical signs of this include:

As well as systemic symptoms such as lethargy, inappetence, and fever. 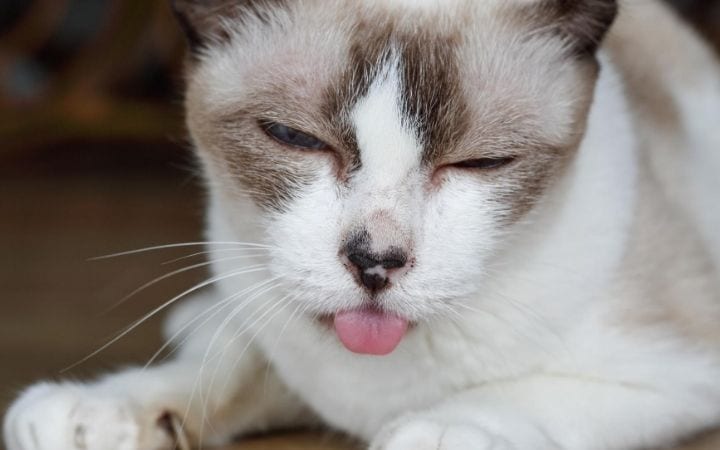 Almost all cats with chronic gingivitis have some Calicivirus present. It is not a completely understood disease in cats, but it seems that Calicivirus plays a role.

In young cats, the Calicivirus can sometimes cause infection in the joints – arthritis. This will cause the cat to start limping. With this being the only symptom present. Luckily the limping will often pass, but it can be very uncomfortable for the cat.

Calicivirus is an unstable pathogen, meaning it develops over time. This also means that on rare occasions a much more pathogenic strain of Calicivirus appears. This seems to allow the virus to establish itself in other organs, cells, and blood vessels. This can cause severe symptoms and diseases. For example pneumonia, hepatitis, and edema under the skin. As well as bleeding from the nose and intestines. These cases are luckily very rare but can have a very high mortality rate.

FCV isn’t always alone. Even mild strains of Feline Calicivirus can combine with other pathogens. Most notably Bordetella Bronchiseptica and Feline Panleukopenia. This can cause even more severe disease and death. It can also cause a host of new symptoms.

Some cats also show no symptoms. It is thus important to always contact a veterinarian if you suspect your cat is infected with Calicivirus. Or have been in contact with a known infected cat. To treat your cat and give it the best chance of recovery, and to prevent it from infecting other individuals. 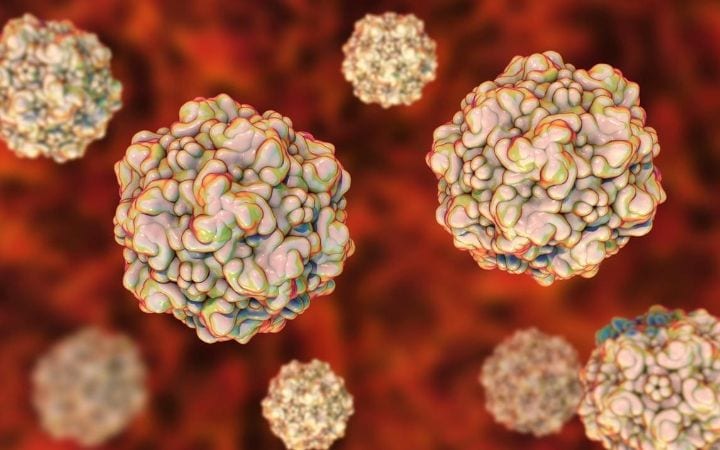 How Is Calicivirus Infection Diagnosed?

A presumptive diagnosis of Calicivirus is often given based on clinical symptoms. These include upper respiratory infection symptoms and oral ulcerations. A clinician should remember though: Not all oral ulcerations are caused by Calicivirus. Nor is it always a present symptom in cats with Calicivirus.

A confirmed diagnosis happens by collecting samples of cells from the mouth, nose, and eyes. Afterward submitting these to a laboratory. Here for identification by PCR (polymerase chain reaction) or immune-histochemical staining.

If a cat is showing acute limping, x-rays can rule out other causes for it. If no other cause for the condition presents, Calicivirus is often diagnosed.

How Can You Treat and Manage a Calicivirus Infection?

Often uncomplicated Calicivirus affects the cats. Meaning there’s no secondary infection or complications. It can often be treated symptomatically at home. Treatment should always be under the instruction of a professional veterinarian.

In extreme cases with severe symptoms, hospitalization of the cat can be necessary. This to provide emergency symptomatic care. This will often include oxygen, fluids, and pain management. It is however rare that this is necessary. 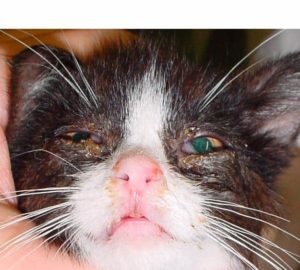 How Can you Disinfect Calicivirus From The Environment?

Like other virus strains, like parvovirus, Calicivirus is un-enveloped. This means it is notoriously resistant to common disinfectants. It can survive in the environment for up to 28 days, and even longer in cold surroundings. You have to remove it through mechanics or chemical inactivation.

Regular alcohols like hand sanitizers are not reliable to remove Calicivirus. Neither is chlorhexidine. But, 5% bleach diluted in water has shown to be effective against Calicivirus. One of these should thus always be used to clean surfaces and instruments if a cat has been nearby. Especially if the cat is a carrier of Calicivirus. Or suspected to be a carrier.

In home-areas accelerated hydrogen peroxide can clean off organic matters. For example, nasal- and ocular discharge or other body fluids. This can even be used (carefully) on carpeted areas.

Is There Any Way to Prevent Infection?

As we have established Calicivirus is highly contagious. Even cats that appear healthy can be carriers. So, it can be difficult to prevent your cat from getting infected. Keeping it from having direct contact with other cats can minimize the chances. This isn’t always an option though, and even then, you can still bring home the virus. Why good hand hygiene is also important.

Luckily though there is a vaccine available. The Calicivirus vaccine is in most countries a core vaccine. Meaning, almost all pet cats get it as kittens. Often in combination with the vaccine against Feline Herpesvirus-1. Kittens get vaccinated at 8 weeks, with boosters at 16 weeks and then a repeat booster ever 1-3 years. 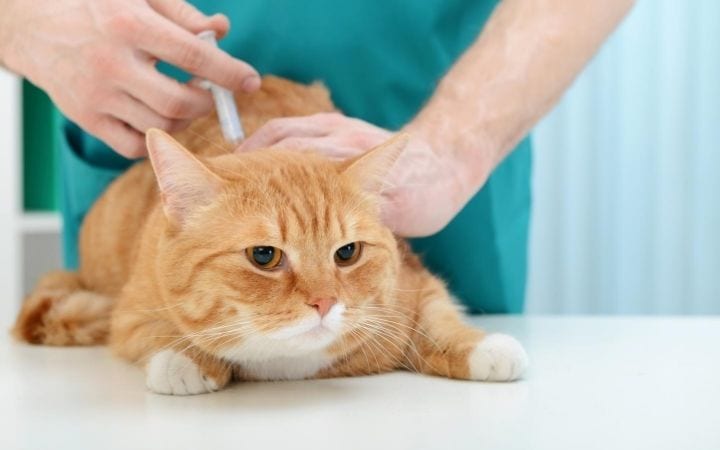 Can Calicivirus Infect Other Pets In the Household?

A cat that has Calicivirus can infect other cats. This is especially true for other cats in the same household. Cats that are old, young, or have other health conditions are more susceptible. It is thus advisable to isolate cats with symptoms.

The Calicivirus is very species-specific to cats. It is not a risk for owners or other species of pets in the household.

Feline Calicivirus is a very contagious and at times very complicated disease. It can cause symptoms that vary from mild sneezing to severe organ disruption. For most cats, it is luckily mild. It will resolve itself with a little TLC (Tender, loving, care). Especially if the cats are vaccinated. If you are in any way in doubt, contact your veterinarian. Then your furry friend will hopefully soon be done sneezing. Ready to rejoin the family cat-pack. 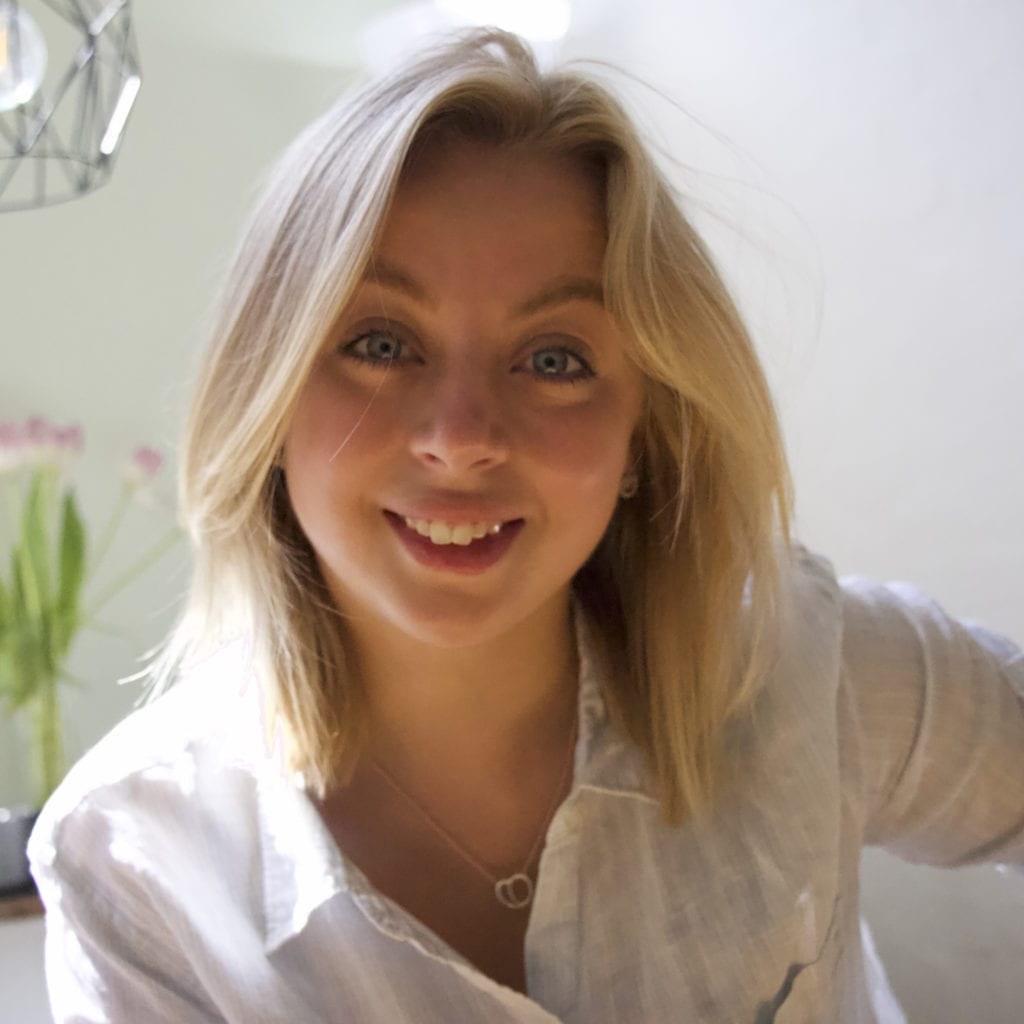 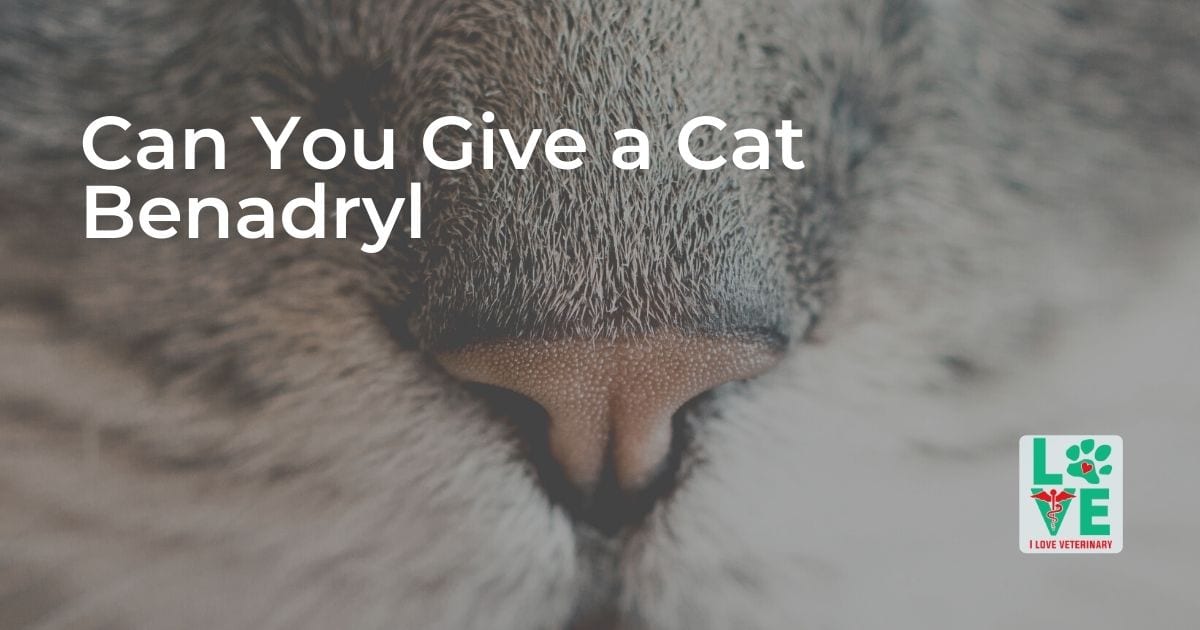 Can You Give a Cat Benadryl
← Read Last Post