A Career Spotlight on The Animal Psychology Field

What is an Animal Psychologist?

Animal Psychology, also known as Comparative Psychology, is an interdisciplinary field that studies animals’ behavior and cognitive processes. The philosophy of this field is drawn from several related areas of inquiry.

The areas of inquiry include Ethology, General Psychology, and Evolutionary Biology, among others. The findings and inquiries related to Animal Psychology could be of great significance to the general knowledge of behavior across species and human social sciences.

It is essential to understand the difference between Animal Psychology and Ethology. These two fields usually overlap in many aspects, but the latter focuses more on explaining animals’ social behavior.

Ethology aims to scientifically study the behavioral characteristics of different species while in the conditions of their natural habitats. On the other hand, the Animal Psychologist is primarily focused on the cognitive or mental processes involved in an animal’s ability to synthesize social-cultural creations of a group of social animals.

What is the Job Description of an Animal Psychologist?

A career in Animal Psychology usually combines elements of animal research and science with those of animal training. Their work ranges from studying animal actions to modifying their behavior. According to the most recent Animal Psychologist job listings, the responsibilities include:

The Educational Requirements for Becoming an Animal Psychologist

Like other psychologists who research and develop treatments for human behavior, Animal Psychologists are required to follow a specific career path that entails all the essential elements of the role.

At High School level, students should focus on biology and psychology, where available. However, it is not possible nor necessary for High School students to study Animal Psychology.

If you’re planning on combining future studies with environmental studies, it would be best to study math and geography. Note that the environment usually has a significant impact on Animal Psychology. Other degree programs might require students to learn chemistry, physics, and other hard sciences.

Usual undergraduate degree programs relevant to this career path are psychology. Students ought to take minors and electives in supporting areas like biology, zoology, and ecology. You could also switch the significant minors by majoring in these subjects and a minor in psychology-related fields.

You’ll encounter some developing Animal Psychology degrees. However, these emerging degrees are not yet fully developed. Therefore, it would be best to take a more traditional career path.

Different jobs that work with animals have different educational requirements. For example, if you’d like to work in senior research positions, project directorship, and teaching, you should have a Master’s Degree or Ph.D.

Animal Psychologists usually work in three main areas. But, where they work depends on their degree and tailor it to their expected future career path.

They can also work in vet practices. In their work, they work with animals directly, study them, train them, and take part in their treatment. Some of them work for hire for pet parents unable to train their pets. They also help animals to overcome psychological challenges such as stress, anxiety, and anger.

Animal Psychologists can also work in academic research. Their research could be focused on developing treatments or learning more about Animal Psychology for conserving and promoting environmental practices.

Lastly, they can engage in teaching. But, if you teach at a university or college, your roles might overlap with academic research. Education helps the next generation of those interested in careers working with animals to gain knowledge and build on existing studies.

The study of animals’ behavior is essential to human behavioral research to preserve a species or how the behavior of an animal helps it survive. For instance, research on the way animals behave when in a stressful situation can help find a solution for humans in the same circumstances. Understanding animal behavior could also provide insight into how to deal with depression, anxiety, and similar mental health disorders.

Animal behavior is influenced by biology and the environment, while external or internal cues trigger behavioral changes. The primal urge to survive and reproduce drives animal responses. Animal behavior varies as per the individual, but certain behavioral traits are genetic, such as seeking attention and chasing prey.

The best way to study animal behavior is by observing the animals in their natural habitat. This will give you a more accurate sense of what they do and how they spend their time. There are two main types of animal behavior:

The study of animal behavior is critical because humans share this planet with other non-human species. Understanding their behavior will allow humans to help other animals survive extinction. Research on animal behavior could also explain why people behave the way they do and how they can change.

A Brief Overview of the Steps to Becoming an Animal Psychologist

Step 2: Get a Bachelor’s Degree

To keep your career options open get, a four-year degree. Animal Psychology is a multidisciplinary field so, you can opt for a major in natural sciences. During your undergraduate program, you might go for supervised internships to help you explore areas of specialization. You could specialize in large animals, exotic animals, marine mammals, cats, and dogs (domestic animals).

This will take you two years. A master’s degree will allow you to specialize in research-based or practice-based areas. To get to this level, you must have good grades in your undergraduate years. The courses you should score highly in include biology, statistics, and lab coursework.

This usually takes between two to four years. At this level, your learning is more in-depth. At this level, you’ll get many opportunities. This level requires a concrete undergraduate education background in psychology, a specified minimum GPA, professional recommendations, and residency and internship requirements.

Step 5: Get a professional certification

You can pursue several certifications for Animal Psychologists and behaviorists. Each certification has its prerequisite academic credentials. Before going for a certification program, please ensure you meet all the requirements.

If you’ve read this article in its entirety, you’ll appreciate the importance of animal behavioral study to humans. Students interested in studying Animal Psychology can also get information about the job description, education requirements, and working environment. They’ll also get a step-by-step guide on how to become an Animal Psychologist. 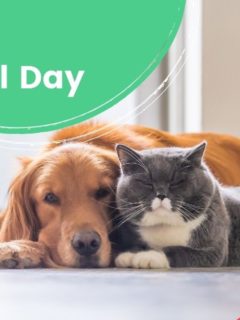 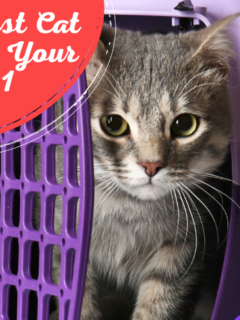 Next
13 of The Best Cat Carriers For Your Feline in 2021
Comments are closed.