By: Author Natasha B

What is Sepsis in Dogs?

Treating sepsis in dogs is essential, as it is a very serious and life-threatening condition resulting from the body’s reaction to an infection and leads to damage to its organs and tissues.

The initial stage of sepsis is characterized by the suppression of the immune system. The most common signs that follow sepsis may include increased body temperature, increased heart rate, increased breathing rate, and unusual behavior of the animal.

Some dogs may not show any visible symptoms until too late. If not treated, sepsis can lead to septic shock and death.

Types and Symptoms of Sepsis in Dogs

Sepsis is a severe condition and is always triggered by an external cause. An infection always triggers the body’s inflammatory immune response.

The most common location origin for sepsis in dogs are

The sepsis symptoms will vary depending on the type and severity of the infection and the condition’s progression. The underlying cause of the illness leading to sepsis will play a massive role in the symptoms’ progress.

The symptoms of sepsis are divided into two stages, early stage and late stage.

Early-stage symptoms of sepsis in dogs are:

Late-stage symptoms of sepsis in dogs are:

What happens to a dog’s body when it goes in sepsis and septic shock? Sepsis never happens on its own. It is always the result of another condition that was not treated and got complicated. An example of a condition like this is a superficial pulmonary infection left untreated, a urinary tract infection, a skin lesion, or a burn.

Not all dogs live in the house and are on the couch with us every day, where we can monitor minor changes in their behavior and health. Some dogs are hunting dogs, guard dogs, shepherd dogs, and so on, where if there is, for example, a urinary infection it might go undetected for a while.

Or, picture a Malamute that has its own dog house in the backyard. Under all that fur (and we all know how dense an Alaskan malamute fur is) can be a small scratch that when unnoticed, can lead to a huge wound on the skin that the owners will notice after a week or two when the fur and the skin will start to fall off.

Cytokines are substances from the immune system that are produced to fight the infection. Cytokines cause dilation of the blood vessels, which subsequently leads to a drop in blood pressure.

This will reduce the blood flow in the entire body including the blood flow to all major organs such as the liver, the kidneys, and the brain. The dog’s body will try to compensate by increasing its heart rate, hoping that more blood will be pumped.

After a while, this will lead to weakening the heart and even more reduction of the blood flow.

The most common reasons for sepsis and septic shock in dogs are:

Clinical Effects of Sepsis in Dogs

The clinical effects of sepsis in dogs can vary from dog to dog. Researchers have categorized the response of the dogs into two categories:

The second category, the hypo-dynamic response is characterized by pale white mucous membranes, hypotension, and hypothermia.

Often, dogs with sepsis will have gastrointestinal symptoms such as vomiting or diarrhea and pulmonary symptoms such as coughing and trouble breathing. The biochemistry profile will show hypo- or hyperglycemia, azotemia, hyperbilirubinemia, and elevated ALT, AST, and/or ALP.

Some coagulation abnormalities may be seen, such as decreased anticoagulant proteins (antithrombin and protein C) and a significant decrease in PT, PTT, and D-dimers.

The microcirculation changes that occur during sepsis in dogs may lead to metabolic acidosis and organ failure, the most common renal and respiratory failure.

The first step in treating sepsis in dogs is finding the cause of the infection and eradicate it. This should be done by a cytological examination and culture. While we wait for the results, it is very important to introduce an antimicrobial treatment.

For this purpose, broad-spectrum antibiotics are used, usually a combination of penicillin derivative and a fluoroquinolone. The rest of the therapy will include the maintenance of tissue perfusion and very aggressive supportive care.

Every treatment should be tailored for the needs of every individual dog. Intravenous fluid therapy is a must for every dog suspecting of sepsis, and cardiovascular support is an essential aspect for good tissue perfusion.

In dogs that show gastrointestinal symptoms as a result of sepsis will require additional nutritional management. Some dogs may require a feeding tube, and some dogs just might need GI protective medicine such as famotidine and omeprazole.

Novel therapies that became available for the treatment of sepsis in dogs include some old school medication such as:

Although not yet evaluated in dogs, the clinical studies of humans in sepsis show that insulin administration to maintain a glycemic control has decreased the mortality rate by 40%.

This is an anticoagulant protein that possesses anti-inflammatory, profibrinolytic, and anti-apoptotic effects. This is only available for humans currently, but if developed for canines, it will significantly increase veterinary medicine’s survival rates.

This is a cationic polypeptide antibiotic that binds the endotoxin released from Gram- bacteria during sepsis. Thus, the endotoxin will be unable to activate the inflammatory cells and thus will prevent a cytokine reaction and systemic inflammation.

Polymixin B is routinely used for the treatment of Gram-sepsis in horses, and at the moment, there are studies for the use in dogs.

The Medical and Surgical Procedures Involved

When a dog with sepsis comes into the clinic, it is imperative to restore the body’s hemodynamics. By aseptically placing an IV catheter, we will be able to provide adequate fluid therapy and perfusion to the vital organs. The solution of choice in these situations is Ringer’s lactate or Normosol-R.

If the dog is septic and we are waiting on a culture, we should consider administering intravenous antibiotics once the perfusion improved. These antibiotics should be cephalosporins, metronidazole, or aminoglycosides.

If the dog is vomiting, placement of a nasogastric tube might be necessary. The vomiting can be controlled with chlorpromazine or metoclopramide. It is essential to listen for a bowel movement in case there is an intussusception.

Living and Management of Canine Sepsis

Even if the signs of sepsis and septic shock in dogs are recognized on time, the prognosis is poor. By the time the dog gets to the vet, organ failure might already begin.

Even with aggressive antibiotic and hydration therapy, the long-term effects might still result in death. The recovery of sepsis will very much depend on the severity of the sepsis, the overall condition of the dog before the sepsis, the organs affected by the sepsis, and the likelihood of post-treatment complications.

If the dog survives the sepsis, it is crucial to be monitored closely throughout the next couple of months for clotting issues, ups, and downs in sugar levels, renal problems, urine output, liver enzymes, blood cell count, etc.

Sepsis in dogs is a life-threatening condition most likely caused by a bacterial infection but can also be caused by viruses, fungi, and protozoans. It is paramount for the dog to get a fast diagnosis and prompt treatment.

Sepsis in dogs shows many clinical symptoms, including inadequate hydration and organ perfusion, leading to organ failure and death. Intensive care and hydration are the first steps into treating sepsis.

It is vital to identify the reason for this inflammatory reaction which might be a systemic infection, burns, serious injury, foreign body, etc. If not treated, sepsis in dogs has a poor to grave prognosis. 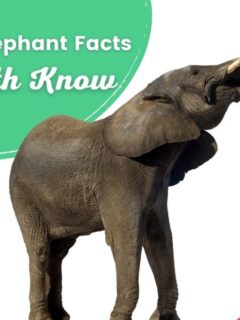 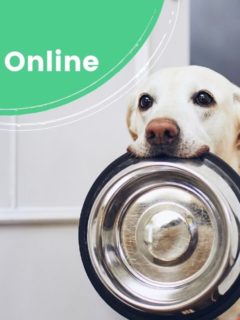