Cats are great hunters. They run, they pounce, and they can sneak up on their prey. The cerebellar portion of the brain is responsible for these voluntary movements. Cats with Feline Cerebellar Hypoplasia have a cerebellum that fails to develop properly. The condition is not painful or life-threatening as long as the kitty learns to live life with it. The greatest threat to your cat is their quality of life. This condition occurs in utero, causing kittens to be born with it.

The Primary and Secondary Causes

Feline Cerebellar Hypoplasia is related to a few causes. It is caused in utero and can be genetic. Either it is malnourished and not drinking a proper amount. Secondly, It can also be caused by a virus or bacteria that the queen gets during pregnancy. A virus that attacks the fetus during development.

By breaking down the Latin words, you are able to understand the virus’s action. The Latin word pan, meaning all, leuk-white, and penia- for deficiency. Therefore it is a total deficiency in white blood cells. Due to the development of vaccines, Panleukopenia has been a much lesser threat to felines. However, it is still around and can cause many issues, including this one.

What are the Symptoms Associated with Feline Cerebellar Hypoplasia

Is there any Known Treatment for Cerebellar Hypoplasia?

Unfortunately, there is no known treatment for Feline Cerebellar Hypoplasia. This is because the kitten is often born with it, and it cannot be prevented at this point. Vaccinating queens prior to pregnancy for Panleukopenia can help prevent this condition from occurring.

Also, keeping pregnant queens properly hydrated can also help prevent it. Toxoplasmosis is sometimes mistaken for Cerebellar Hypoplasia, so it’s important that your veterinarian properly differentiates between the two. If the condition is severe and not well managed, it is likely that the only known treatment, sadly, is humane euthanasia.

Diagnosing Cerebellar Hypoplasia is extensive and requires multiple testing. First, your veterinarian will want to rule out other potential diseases to ensure they do not miss anything. So they will do a proper physical examination, a blood chemistry profile, a complete blood count, and often radiographs. They may suggest going to a specialist such as a neurologist for further testing.

Further tests include CT (Computed Tomography) or MRI (Magnetic Resonance Imaging) scans of the brain to check for any possible lesions, tumors, or improper sizing. A cerebrospinal fluid tap can also rule out viruses or harmful bacterias, causing your cat to act this way. It is possible to diagnose this disease by ruling out other ones or only trial and error with antibiotics and other medications. This can be helpful in situations where funding is limited.

What is the Prognosis?

Kittens with Cerebellar Hypoplasia have a guarded prognosis. Owner compliance is the biggest hurdle when it comes to this condition. If you are able to make environmental and life adaptations, kittens can live a healthy life. Kittens with this condition can and should be neutered or spayed to prevent future generations from passing it down.

Kittens should not be declawed and should even have their claws kept on the longer side. This is to ensure they have all the tools onboard to help them balance. In the same token, it would be wise to put non-slip grip pads down, as well as ramps near their litter boxes. Stairs should be safeguarded to ensure they do not fall down, further injuring themselves. Using wide food and water bowls will help your cat have easier access to them. Also, keeping them off of high or elevated areas will keep them safe from falls. Cats with this condition should never be allowed outside because they cannot properly defend themselves.

Caring for a Cat or Kitten with Cerebellar Hypoplasia

Caring for a cat/kitten with Cerebellar Hypoplasia is not an easy task, but cats with this condition can live a normal life as long as they are allowed to. As stated above, there are many things you can do to keep them safe. Ensuring they do not fall or slip is one of them. To do so, their environment must be adapted for them.

Non-slip pads and grips on the floor and near their litter boxes and water bowls are a must. It is also essential to keep their area safe and limited, so they do not get into trouble. Keeping them away from any aggressive house pets is especially important because they cannot properly defend themselves (also, let’s not have catfights). Bringing other pets into the house is fine as long as it is known they are vulnerable. It’s important to keep an eye on them in case they are victims of bullying or group discrimination.

Cats who suffer from Cerebellar Hypoplasia are most definitely more accident-prone than the average kitty. They come off clumsy and staggering, but with help from their owners, they do just fine. It’s imperative the owner stays on top of their cat and makes sure they are given all the proper tools to prosper.

Even more important is adequate health care for your cats. Taking them to the veterinarian regularly for care and to receive the appropriate vaccinations that can help limit the spread and trauma associated with infectious diseases. Also, spaying/neutering your cats will stop hereditary conditions from reoccurring. Properly diagnosing cats with Cerebellar Hypoplasia is important for their prognosis and future care. If another disease goes under the radar, they can suffer greatly.

Jaclyn is a Licensed Veterinary Technician (LVT) who has a bachelors degree in journalism. Combining her two interests of writing, and veterinary medicine is a true passion. Jaclyn has already created her own blog called The Four Legged Nurse (@thefourleggednurse) and looks forward to contributing to I Love Veterinary! Jaclyn is blessed with two children, a wonderful husband, and four devoted fur babies. In her free time she loves spending time with her family, reading, and riding horses. 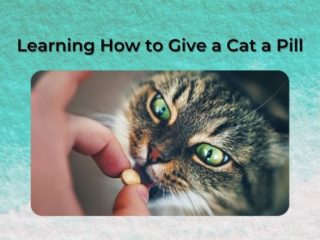 Learning How to Give a Cat a Pill
← Read Last Post 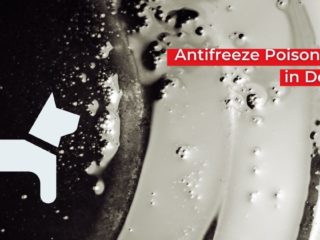 Antifreeze Poisoning in Dogs
Read Next Post →
Comments are closed.